← more from
Geographic North
Get fresh music recommendations delivered to your inbox every Friday.
We've updated our Terms of Use. You can review the changes here. 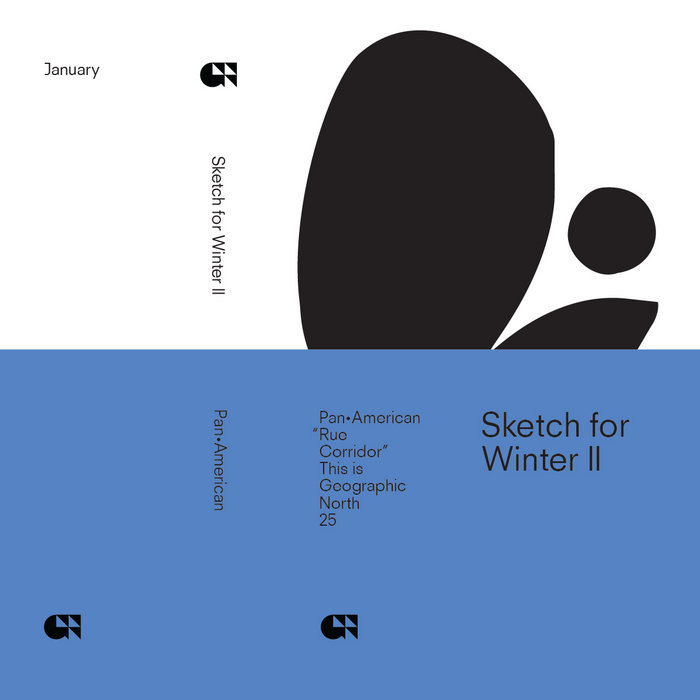 Through a number of musical projects, both solo and collaborative, Mark Nelson has been behind some of the most movingly melancholic and beautifully bleak sounds released in the past two decades. From his work with Robert Donne and Carter Brown in seminal ambient-rock band Labradford to his recent foray into aural austerity with Labradford-mate Donne and Steven Hess (drummer with Locrian, Fennesz, Haptic, On, and others) in Anjou to his solo work as Pan•American, Nelson's sonic signature resonates with immense presence and fleeting agility.

Depending on the Pan•American LP, Nelson shifts from noirish, ambient dub to jazzy, minimal techno while maintaining a mesmerizing sense of patience and intimacy throughout. With Rue Corridor, the latest Pan•American EP and the second part of Geographic North's Sketch for Winter series, Nelson retreats even further into the hazy, pitch-black realms he's flirted with in past recordings.

Opener "The Terrace" is an extended foray into glitching, slurring ambiance. The track opens in a simmering drift of frayed blips and inverted melodies. A mirrored narrative unfurls itself as deep outwardly as inwardly, and motion both accelerates and comes to a complete halt. Muted and mutilated drones gradually fill the space as clipped cymbal ticks clutter the walls. Consumed by pleasant paranoia and reassuring restlessness, the piece hovers through the air weighted with a narcotic hum present in all things.

The eponymous track roils in a mechanical suite of malfunctioned arpeggiations, spiraling outwardly in a glowing, pointillistic din. Nelson blankets the bleary-eyed symphony with just enough light to entice curious onlookers, attracting perilous tones to an exquisite demise. "Pasqual" is the resolved closer, bowing out of the droning desolation with a hint of hope and ember-like glimmer of warmth. Waves of subtly distorted noise wash over space, encompassing everything in their wake.

Bandcamp Daily  your guide to the world of Bandcamp